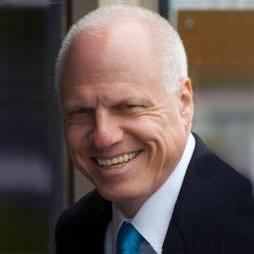 Since about 2011, I have been hearing believers from many streams proclaim their expectation of an impending “wealth transfer.” Many also quote Proverbs 13. “…. the wealth of the sinner is stored up for the righteous.”

How is wealth transferred from the sinner to the righteous?

While it is true that each of these (and similar) events may increase the cash available to the believers who participate in them, two questions arise:

In 2 Chronicles 1:12, God promises Solomon both riches, and wealth. Riches (‘osher) are normally used for liquid assets used as a money-equivalent means of exchange, or barter. Wealth (nekec, or chayil) is an asset that may multiply in value with wise stewardship, or quickly plummet in value through foolishness or neglect.

In Deuteronomy 8.18, the covenant people are reminded, “It is the Lord who gives you the power to get wealth, that he might fulfill his covenant with you…” If you read further, the “Promised Land” had little in the way of, cash, minted metals, or gemstones (riches). But, it was abundant in land, water, crops, houses, animals, and mineral wealth.

With wisdom, land increases in fertility and harvests multiply. Animals breed and guard their healthy young, and minerals are safely extracted from the earth without poisoning the environment.

Jesus warned about accumulating grain in bins without replanting it, and scolded the rich young ruler, but was friends with wealthy men including Joseph of Aramathea, Zaccheus, and Nicodemus. Paul declared “I know how to abound” but warned against the love of riches.

Regarding the second question, the GCR and CHB events will transfer riches to sinners and righteous alike, but will transfer no true wealth. The majority of recipients, like lottery winners, will lack wisdom to steward it, and may be ruined by it. Also, most of the sellers of Currency and Bonds are not righteous people. These events will enrich the greedy oppressors who now operate the Mammon system in the marketplace.

So, what is wealth transfer, and what are some ways that it may come about?

The Hebrew word most often translated “wealth” is chayil, which is an idiom that is translated in many ways, as seen in the list below.

Much of the “wealth” described above is character. Will you be known as more valiant, of greater courage, stronger resolve, and rugged determination than the sinners around you? Will you have a more powerful group of loyal followers willing to exercise their skill and resolve to accomplish your assignment? David’s “mighty men” were only 30 men strong, but were undefeated by humans, giants, and even lions! You cannot buy loyalty like this!

There are some saints who have heard from heaven, and now are bringing to market inventions that can resolve most communicable diseases, all hemorrhagic virus infections, many viral cancers, and even genetic disorders. These cost pennies a dose, but can resolve problems on which the world now spends nearly a Trillion dollars each year. Yet others have been given – for free – complete, state of the art hospitals with a present value of hundreds of millions of dollars. Another brother has purchased land
under which lie verified trillions of dollars in mineral wealth, and he has an efficient process for extracting it while preserving the purity of the land.

Each of these saints have spent more than 30 years in preparation for the assignments awaiting them. This is 2017, and all feel that they are standing on the threshold of fulfillment.

Some might be counting on the imminent return of the Lord, and the rapture of the Church, and wondering, “Who cares”?

A military principle is to always obey the last valid order received. Jesus said “occupy until I come” and He also said “make disciples of all Nations, teaching them to do all that I command.” Until we have discipled the nations (evidence: there will be more ‘sheep nations’ (those who exemplify the Golden Rule) than ‘goat nations’), we should beseech the Lord to change our character (true wealth transfer) so we can wisely steward the physical resources needed to answer the prayer “may your Kingdom come, on earth as in Heaven.”