Paul Cuny is President of MarketPlace Leadership International, an organization dedicated to bringing the Biblical realities of the Kingdom to the marketplace around the world.  Cuny’s background as an entrepreneur, investor, and business owner has given him a unique platform from which to speak to leaders and professionals.  He has taught Kingdom principles of Kingdom business and leadership throughout Africa, South America, Central America, and the United States.  He is an international conference and church speaker on the Kingdom Economy and Kingdom Leadership.  Cuny is a prolific writer and the author of the books Nehemiah People and Secrets of the Kingdom Economy, which are published in English and Portuguese.  He has spoken on international TV and radio.  He has served as a friend, counselor, and prayer prayer partner to sitting Presidents, ambassadors, business, and government leaders around the world. 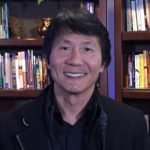