Ted Baehr is an award-winning producer, world-renowned author, as well as a noted critic, educator, lecturer, and media pundit. Ted is the Chairman of Christian Film & Television Commission® and publisher of Movieguide®, aka http://www.movieguide.org. His life’s purpose is to redeem the Entertainment Industry and educate audiences on how to use discernment in selecting their entertainment. Ted has written numerous books. He was president of the organization that produced the CBS television version of The Chronicles of Narnia: The Lion, Witch and the Wardrobe, boasting 37 million viewers and winning an Emmy Award. Ted produces at least 300 radio and television programs every year. He produced hundreds of programs for PBS television. He presents the Report to the Entertainment Industry every year at the Annual MOVIEGUIDE(r) Faith & Values Awards Gala. He was Chairman of the Advisory Board of the Christian Institute for the Study of Media, at the Center for the Arts, Religion and Education, at the Graduate Theological Union at the University of California at Berkeley. He has received many awards. He graduated with high distinction as a Rufus Choate Scholar from Dartmouth College, received his Juris Doctor from New York University School of Law, completed his seminary at the Institute of Theology at the Cathedral of St. John the Divine, and received his Doctor of Humanities (HHD) from Belhaven University. 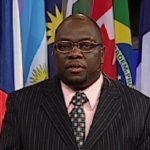 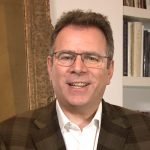