Dr. Sharon Billins is the daughter of the late Bishop Albert Jackson and the late Evangelist Thomasina Jackson. She is the CEO and Founder of Palm Tree International Ministries, Inc. which serves as the spiritual covering for many churches, businesses, and ministries. She is the Senior Apostle of The REMNANT Church of Columbus, Georgia and The Remnant Church of Tallahassee, Florida. Dr. Billins is the President and Founder of The SAMUEL School of the Prophets which boasts an enrollment of 120 Pastors and ministers from 5 different states.

She holds a B.S. degree in Chemistry from Florida State University, and an honorary doctorate from All Nations of the World College. She has two children, Prophetess Tiffany Nicole McBride who is 31 years old and is a graduate of Columbus State University, MBA and is employed as a Community Affairs Director for Virginia College and Norris Billins Jr. who is 24 years old and is an anointed drummer, and son-in-love, Deacon Demetrius McBride. Dr. Billins worked as a Chemical Engineer for ten years and has taught in the Public School System. She has over 35 years experience in management, supervision and training. She is a past business owner having been the CEO of Diversified Training Systems. She has worked as a Consultant/ Instructor for the Georgia Department of Technical and Adult Education and the Pastoral Institute Business Resource Center. She also served as a Hospital Chaplain at St. Francis Hospital and is a graduate of the Clinical Pastoral Education Unit at St. Francis Hospital. She is also a graduate of the Pastoral Care Specialist Program at the Turner Clergy Center of the Pastoral Institute. Reverend Billins served as the first female President of the Muscogee County Clergy Association from 2001-2002. She also served as the Chairperson of the Columbus Prison Task Force.

She is an outstanding speaker and energetic professional who is committed to service. She has hosted conferences and workshops and has presented at many local events. Reverend Billins is active in community affairs and has sat on the Board of Directors and Governing Councils for many community organizations some of which are the Greater Columbus Chamber of Commerce, West Central Georgia Practice & Research Consortium for Substance Abuse Treatment & Prevention, Federal Emergency Food & Shelter Task Force, The Mayors Commission on Diversity, 100 Women on the Move, the Concharty Council of Girl Scouts, Civilian & Military Council, Leadership Columbus, International Friendship Ministries, Easter Seals, the Muscogee County Clergy Association, and the Interdenominational Ministerial Alliance.

Dr. Billins is the President & Founder of Palm Tree International Ministries, Inc., Founder of The SAMUEL School of the Prophets and the Overseer & Sr. Pastor of Churches & Ministries – Georgia, Florida, and California:

Dr. Billins is an anointed woman of God.  She is equipped with the Five – Fold Ministry, a Dynamic Musician & Psalmist, an Awesome Apostle, a Prophet to the nations, a Preachers’ Pastor, an Anointed Teacher, and a Traveling Evangelist. She has the GIFTS of Healing & Prophecy. Words of Prophecy have come to pass for The Mayor, Commanding General, Politicians and many others in the local, state, national and world level.

Commissioned as an Ambassador of Goodwill under the Governing body of the Interfaith Peace-Building Initiative and Golden Rule Int. by Ambassador Dr. Clyde Rivers of the United Nations and Africa.

Television Ministry Has Included the Following:

Regular Guest on the Following Shows: 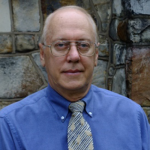 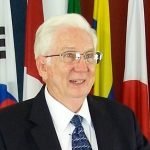