Dave HodgsonFounder and CEO of the Paladin Group of Companies

Dave grew up in Africa during the turbulent ’60s and ’70s. He was conscripted into the Rhodesian Army and joined the SAS. He fought behind enemy lines against two armies across three countries for four years.

Thereafter Dave joined the highly secretive Selous Scouts and fought undercover with that unit and served as a Tracking Instructor for a further four years. He left the Special Forces and fought as a mercenary for two years.

Forced to leave Zimbabwe and stateless, Dave became a commercial saturation diver in the oil fields of South East Asia and Japan. Eventually he immigrated to Australia, where he came to know the Lord Jesus during an amazing encounter with the Lord at a Reinhart Bonnke Crusade.

Dave is the Founder and MD of the privately owned Paladin Group of Companies which controls over $800 million worth of Business Acquisitions and sophisticated Private Equity Investments. Paladin has interests in Energy, IT, Water Infrastructure, Health and Fitness, Telco Asset Management, and Investment Banking.

In 2007 Dave founded Kingdom Investors (www.kingdominvestors.com.au), a business ministry which has spread around Australia and Overseas. KI is heading up a strategic vision to create the world’s first “Sheep Nation” in Australia, as portrayed by Jesus in Matthew 25. In 2016 Dave founded the ASP Movement (www.aspmovement.org) as an executive arm of KI, with a mandate to unite Christians, the secular community, and Government, into a single body to establish a Just Nation powered by The Preferred Economy. ASP Movement is expanding rapidly around the world. 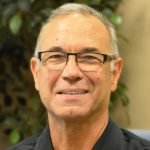 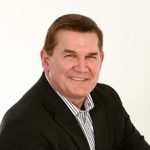