Dan Dean is an Apostle with a seer prophet’s anointing, husband, father, grandfather, and now great grandfather. He was born in Iowa he served in the U. S. Navy, for 24 years and retired as a veteran during several conflicts the last one being in support of Operation Iraqi Freedom 2003-2004 in Kuwait. In addition to serving in the Navy, primarily in the Ready Reserve, he worked at Nike for seventeen years with various out sourced IT companies. He was promoted to Operations Manager for North America for his last assignment, in support of Nike IT.

Dan has traveled around the world to many countries through his Navy career as well as for business. He lived in Greece for a year and Italy for a year and half. He has traveled to Japan, Philippines, Brazil, Kuwait, Egypt, Kenya, Mexico, and Canada.

In 2006, he founded Oregon School of the Prophets, teaching and mentoring prophets in the prophetic calling including, “Prophetic Ethics”. In October 2016, Son Rise Cultural Center was founded to present Kingdom principles, protocol, and technologies. Danny also serves as a Courts of Heaven Navigator to lead a team in numerous heavenly court rooms experiences.

He carries a passion for the Native American people of North America and served as Co-Director of Four Directions Cultural Center in Tacoma alongside a Blackfeet elder. This passion carries over to see the illusion of race removed from our hearts and minds.

Today Dan and his wife, Cheryl, live in Yakima Washington and they are working to see transformation come to the state of Washington with Kingdom principles. 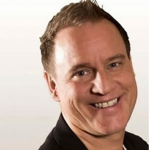 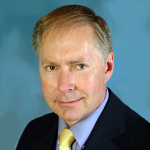