Prophetess Alexis Alexander was born in Lynch, Kentucky and lives in the Atlanta, Georgia area. She is a class of ‘82 graduate of Michigan State University and holds a Bachelor of Arts in Social Work. She continued her studies at Norvel Hayes’ New Life Bible School where she began her theology studies and was in the top percentile of her graduating class. From there she continued her studies at Sword of the Spirit Healing Ministries in Atlanta, Georgia where she obtained her certification as a Healing and Deliverance Minister. After over a decade of training with Healing House Network Ministries in Atlanta, she became a licensed Restorative Healing Counselor.

In 2007, Alexis received her Certificate of Ordination as a Minister of the Gospel in the Office of Prophetess from Rivers of Living Waters Apostolic Church. In 2009, she received an additional Certificate of Ordinance from International Breakthrough Ministries, a subsidiary of Glory of Zion Outreach Ministries. In 2014, Alexis was commissioned as a prophetess by the Kingdom Congressional International Alliance (KCIA) and as a Watchman Intercessor by KCIA in 2015. Also in 2015, Prophetess Alexander was appointed by Dr. Clyde Rivers as a Goodwill Ambassador for the Golden Rule International.

In addition to her various theological accomplishments, Alexis has shared her enthusiasm for the Gospel by hosting an impactful Sunday morning radio show on Atlanta’s WAOK gospel radio station for 8 years. In reaching far beyond the airwaves, Alexis’s love and desire to spread the Gospel has taken her to various corners of the world, ranging from Jerusalem, to Sydney, to Johannesburg and to points in between. As founder of “In His Image Ministries,” she has a desire to see the Church made whole in Christ, and to impact the world with the certainty that God is who He said He is.

Alexis has experienced the power of God and watched as He set the captives free. She is a reflection of the power of God’s work in the earth, and a change agent in the Kingdom of God. Spiritual eyes and ears are opening to the love of Christ. Prophetess Alexis believes that “God in us” is the ultimate difference. The reality of the power of the presence of God is at work in and through her.

Alexis is currently working as a prophetic prayer counselor and strategic intercessor for KCIA, and as an advocate in the Courts of Heaven with Sun Rise Cultural Center (SRCC). She is aligned with City Gate Atlanta, as an intercessor and seer, believing God for transformation of unity within the church, city and state. With great wisdom, Alexis continues to develop her relationship with knowing God intimately, while continuing to develop In His Image Ministries LLC.

Alexis recently encountered the presence of God in Switzerland. It created an awakening in her spirit, releasing the power of God on a “soulular” level. The power of Love is identification with Christ. Supernatural healings are a natural occurrence in her life as the revelation of the knowledge of God is released.  She is a sharp threshing instrument in the kingdom of God while developing her literary skills as a Poet and Author. The power of His presence is made evident in her life daily as a Prophet and prophetic seer. Alexis is a developer in the Kingdom of God, and a witness of His power, a transformer of HIs truth. 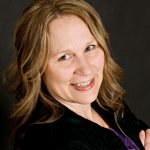 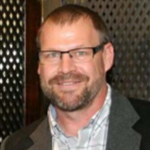