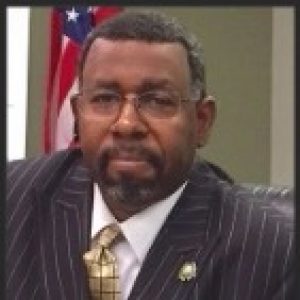 An “alliance” is defined as: A union or association formed for its mutual benefit, especially between countries or organizations. It is a relationship based on an affinity in interests, nature, or qualities. It is the state of being joined or associated. (Google) Synonyms are: Association, union, league, federation, coalition, consortium, affiliation, partnership.

Alliances are very powerful things, and can be used to build, bless and bolster mandates, missions and messages of all kinds. Many of the world’s most effective governments, corporations, teams and people groups are built on the foundations of talented, gifted and highly energized people who dared to merge themselves and their skill-sets into the whole for the greater good of all. In other words, they were willing to become a part of something greater than themselves. This brings to mind a very important and necessary word… ALL. In order for something to be strong, it has to include as much of the “ALL” as can be found within its members. The word “alliance” resonates with an undeniable truth… we must “all” participate for there to be an alliance at all.

“Now therefore ye are no more strangers and foreigners, but fellow citizens with the saints, and of the household of God; and are built upon the foundation of the apostles and prophets, Jesus Christ himself being the chief corner stone; in whom ALL the building fitly framed together growth unto a holy temple in the Lord: in whom ye also are builded together for a habitation of God through the Spirit.” Ephesians 2:21-22 KJVA (Emphasis added)

I learned the importance of “all-ness” and a coalition or team mentality early-on in my career. I have been fortunate and privileged to have served in the military as a trainer and senior enlisted person in the damage control/firefighting field and as one who rose through the ranks in the civilian fire service, becoming a chief officer in two cities. I once held position as the commanding officer of the 5th busiest rescue squad in the United States, and needless to say, it was quite a task, serving a community that was averaging ten or more working fires a day due to the downturn in the economy and the arson-for profit movement that was ravaging cities. Our end results were successful, but one man doesn’t make up an entire fire company nor a department, and it was through the concerted efforts of “all” that were a part of the team, that we prevailed.

It took strong fire attack teams to win the battle, but it also took strong public relations teams, inspection and enforcement teams and observant and concerned citizens to do their parts as well. There were members of the team that were good in only one specialized area, and there were others who were skilled in multiple areas. Each one gave what he or she was good at and gladly deferred to others whose skills may have been more needed at the time. But when the smoke cleared, we all celebrated the victory! After a Super Bowl victory, a lot of rings are passed out, not only to players but to owners, coaches and support staff alike. All of them contributed in some way to the efforts of the alliance, and that brought the victory.

Our “all-ness” is one of the strongest types of DNA that we have as a corporate body. It means that we offer who and what we are to the whole and that we are willing to share truth that will bless as many as possible. We will put the “best foot forward” concept into action. That’s the only way we will finish the journey, with our feet on the ground and with a spirituality and with a unity that is self-sacrificing and caring about what it is that God wants to accomplish.

I encourage each and every person who reads this article to remember that we are much stronger as a team, where we are undivided and unconquerable. We are His Church and according to Ephesians 1:23 KJVA…

“…His body, the fullness of him that filleth all in all.”

About the Author: Dr. Gordon E. Bradshaw is the Founder/President of Global Effect Movers & Shakers Network (GEMS) and the 3M Project Global Initiative- Merging Ministries, Marketplace and Municipalities for Community Transformation. Serving God for over 42 years, with 25 of them as an apostle, he has made a wide variety of contributions to the kingdom and the community. His assignment and mission are to empower, enlighten and encourage kingdom citizens to reach their full potential and purpose in life and to see the kingdoms of this world become the kingdoms of our God.