We invite you to join us at
the King-of-Kings’ Council, Roundtable, and Circle!

This kingdom administration will release God’s presence, power, prosperity, and provision in the earth.

Choose from 3 tiers of membership!

Click on King’s Council, King’s Roundtable, or King’s Circle for one person or husband and wife. 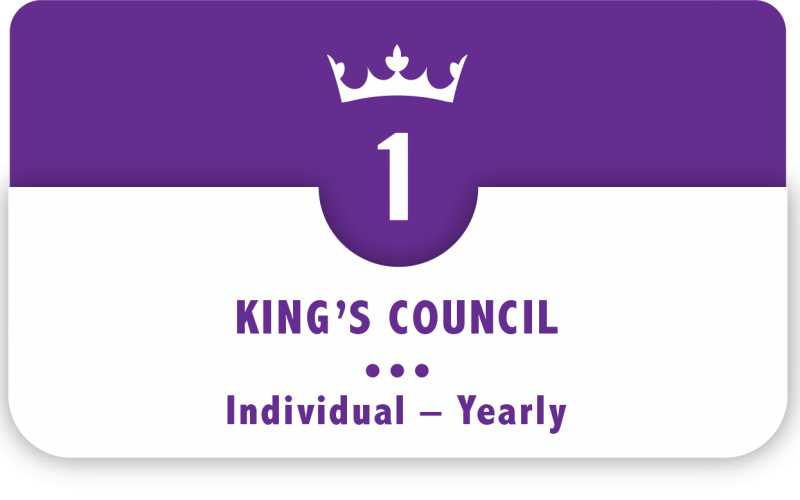 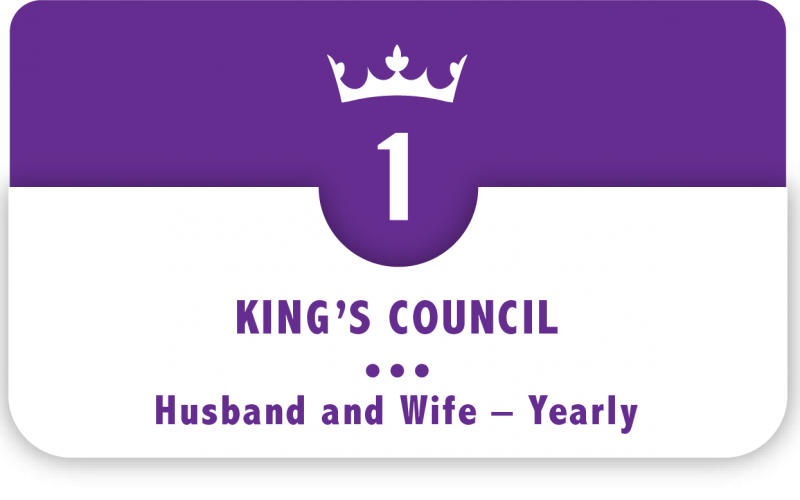 The first level of membership (King’s Council) is reserved for fivefold leaders in the ecclesiastical and marketplace spheres, who are already seasoned, mature and commissioned into their personal callings. 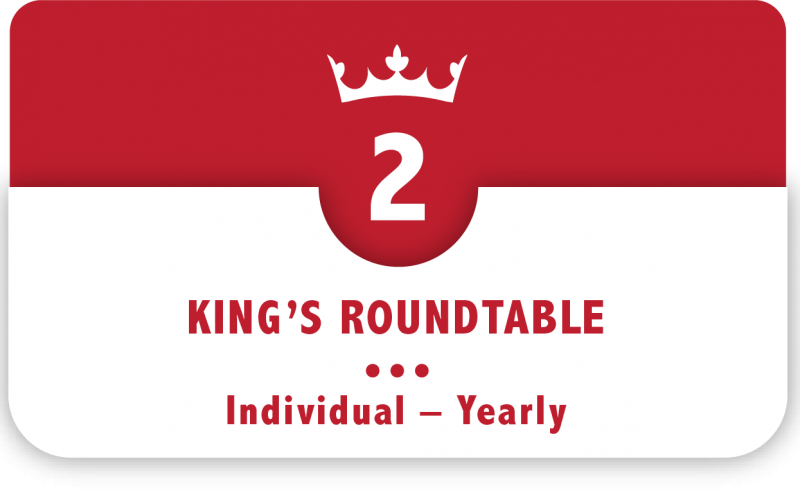 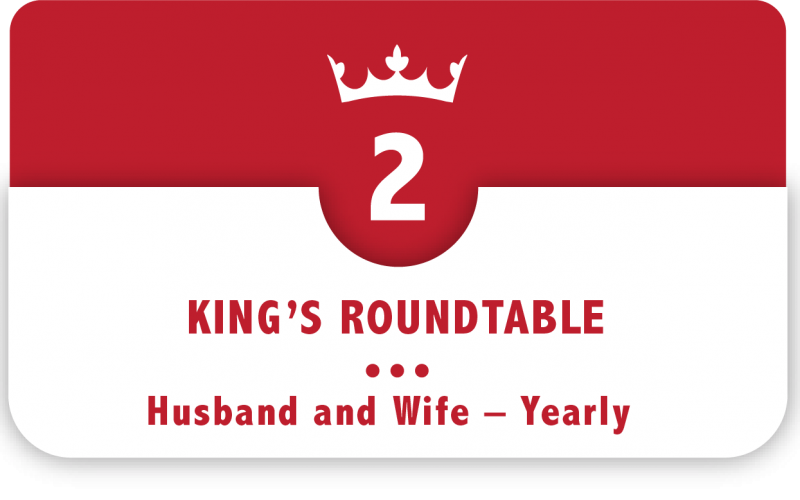 The second level of membership (King’s Roundtable) will consist of men and women who are called to fivefold ministry but have yet to be equipped, prepared and qualified to be commissioned, they are still in the ‘called to be’ phase of preparation. 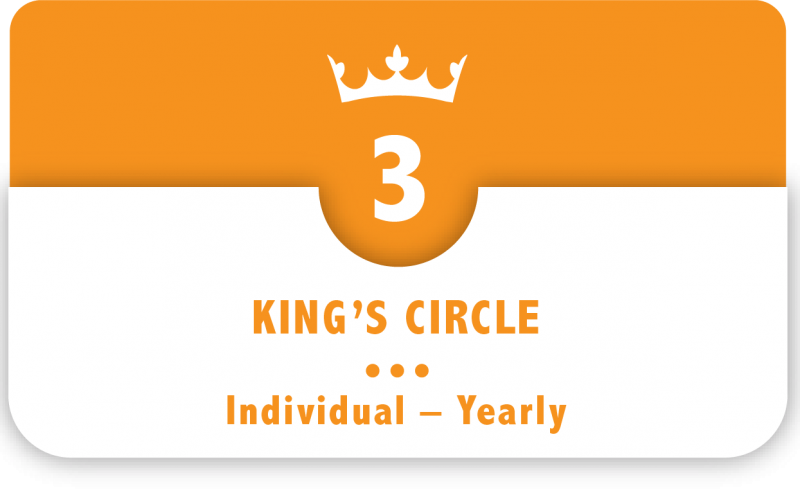 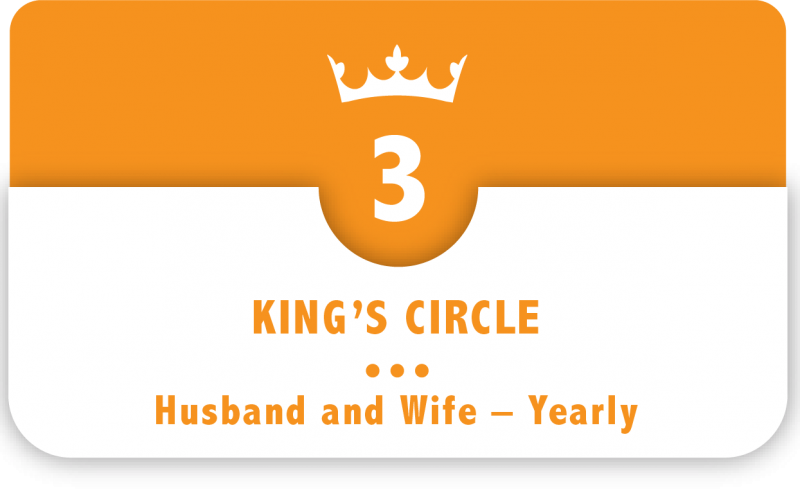 The third level of membership (King’s Circle) will be men and women who are kingdom minded individuals who are in search of their kingdom family and in need of fathers, mothers, mentors, and coaches to equip and train them for reigning in their sphere.

Level one members will be activated to validate the lives, giftings, and anointings of the men and women in levels two and three. At the appointed time they will corporately commission and send them into their assignments to colonize the earth with God’s Kingdom Culture.

As an apostolic network of apostles, prophets, evangelists, pastors, and teachers, we must understand our present-day assignment. The early apostles were given the ‘Great Commission’ to go forth into all the world and make disciples of all nations (Matt. 28:18-20). The Great Commission cannot be fulfilled until all the equipping ministries are working together (Eph. 4:11-16). The predominant grace on apostles and apostolic teams is to see Christ formed within His people. Equipping them and preparing them for what they are called to do in their sphere requires all five equipping ministries.

As an apostolic network, we have been given the mandate to build a habitation for God in the earth. The prophetic movement brought visitation, but the apostolic movement will bring habitation in the planet, whereby we sustain the Presence of God for generations to come. To be a dwelling place for God is the ultimate calling of mankind.

Jesus discipled twelve men then increased His discipleship team to seventy. He sent them out as ambassadors to colonize society with a new government and filling it with the culture of Heaven. Their message was simple; Jesus is King and Lord over all the earth!

Our current insoluble political, racial and economic problems in the planet have prevented righteousness, peace, and joy from entering into our cities and nations. There can be no lasting peace and prosperity without the kingdom of God, it must now manifest through the sons of God in the earth. Before we deploy the sons of God, we must employ disciples within our network. At Kingdom Congressional International Alliance we believe our next assignment is to raise up disciples who will be sent forth from KCIA into all the world. As it was said of the apostles in the book of Acts “these men were everywhere”, likewise we believe that KCIA’s members should be everywhere in our society.

We believe this discipleship-empowerment leadership model shifts away from position power to people power where all members are given leadership roles so they can contribute to their fullest capacity. This speaks to the heart of God, capturing the true functionality of fivefold leadership.

The philosophy of empowerment will allow the network leaders to encourage emerging leaders to become regional, national and international overseers and ambassadors of Christ’s Kingdom. Therefore, this paradigm of empowerment networking will open the door for new tiers of membership.

The first level of membership (King’s Council) is reserved for fivefold leaders in the ecclesiastical and marketplace spheres, who are already seasoned, mature and commissioned into their personal callings. The second level of membership(King’s Roundtable) will consist of men and women who are called to fivefold ministry but have yet to be equipped, prepared and qualified to be commissioned, they are still in the ‘called to be’ phase of preparation. The third level of membership (King’s Circle) will be men and women who are kingdom minded individuals who are in search of their kingdom family and in need of fathers, mothers, mentors, and coaches to equip and train them for reigning in their sphere. Level one members will be activated to validate the lives, giftings, and anointings of the men and women in levels two and three. At the appointed time they will corporately commission and send them into their assignments to colonize the earth with God’s Kingdom Culture.

We believe this kingdom administration will release God’s presence, power, prosperity, and provision in the earth. We believe this model will inflict damage on the powers of darkness and superimpose the Kingdom of God upon the earth.

An alliance of apostles and prophets (and other 5 fold offices) from many nations who are dedicated to making disciples of all nations, and transforming all spheres of culture with the Culture of the Kingdom – the Golden Rule!

Ambassadors of Heaven’s Government – who meet together to bring the Royal Law into every sphere of society.

Our members are also citizens of many nations throughout the earth.

We are a membership organization of individuals and a “network of networks” to “Global Alliance of Networks”.

Hear from some of our members!

Currently, the Lord is raising up a Kingdom of priests, a plurality of ministry. Revelation 1:6, “And hath made us kings and priests unto God and his Father; to Him be glory and dominion forever and ever.” This priest / king company of believers will be marked by servant leadership, covenant, spiritual maturity, power, love for all, humility, honor, ethnic and gender diversity, and a finishing anointing.

KCIA solves the problem of a man being alone (Genesis 2:18). True spiritual ministry and authority is a direct result of the interaction and relationships of the members of the body according to the unique calling, gift clusters, and purpose in Christ. This alliance of ministers and individuals creates and develops true Kingdom  fellowship, koinonia, ekklesia and family.

“Thus saith the Lord, As the new wine is found in the cluster, and one saith, Destroy it not; for a blessing is in it: so will I do for my servants’ sakes, that I may not destroy them all.” (cluster – to bunch together)
Isaiah 65:8

“God setteth the solitary in families: He bringeth out those which are bound with chains: but the rebellious dwell in a dry land.” (solitary – to become one, life.)
Psalm 68:6

“Herein is our love made perfect, that we may have boldness in the day of judgment because as He is, so are we in this world.”
1 John 4:17

“Through God we shall do valiantly; for He it is that shall tread down our enemies.”
Psalm 108:13

“Nay, in all these things we are more than conquerors through Him that loved us.”
Romans 8:37

“For as the body is one, and hath many members, and all the members of that one body, being many, are one body: so also is Christ.”
1 Corinthians 12:12

“And are built upon the foundation of the apostles and prophets, Jesus Christ Himself being the chief comer stone; In whom all the building fitly framed together groweth unto an holy temple in the Lord: In whom ye also are builded together for an habitation of God through the Spirit.”
Ephesians 2:20-22

“And hath raised us up together, and made us sit together in heavenly places in Christ Jesus.”
Ephesians 2:6

Kingdom Congressional International Alliance is committed to the empowerment of its members unto the creation and distribution of wealth for Kingdom advancement.  The Lord is presently raising up a Joseph Company who have been handled by God and therefore, are ready to handle great wealth. We are called to be channels of wealth and not reservoirs. As wealth channels, we will impact, transform and meet the needs of others within our world.

KCIA’s economic think tanks, working groups, and special interest groups, are spiritual engines for divine synergy and the creation of diverse portfolios of products, inventions, businesses, investments and the acquisition of lands that will expand the Kingdom.

KCIA endorses the economic empowerment of the next generations by training and mentoring them for real economic liberation, vision and community entrepreneurship.

KCIA believes that we, as the members, are the generation to conquer mammon and lay it at the feet of Jesus for His use. The economic reformation we are now in is not for everyone but those who do it right (Proverbs 13:22; Matthew 6:33). We further believe that financial success is not the ultimate goal, but rather financial and spiritual influence and legacy are the lasting fruits we should produce and pass on.

Ready to talk? We are

This website uses cookies to improve your experience while you navigate through the website. Out of these, the cookies that are categorized as necessary are stored on your browser as they are essential for the working of basic functionalities of the website. We also use third-party cookies that help us analyze and understand how you use this website. These cookies will be stored in your browser only with your consent. You also have the option to opt-out of these cookies. But opting out of some of these cookies may affect your browsing experience.
Necessary Always Enabled

Any cookies that may not be particularly necessary for the website to function and is used specifically to collect user personal data via analytics, ads, other embedded contents are termed as non-necessary cookies. It is mandatory to procure user consent prior to running these cookies on your website.